Compton School is a shared vision 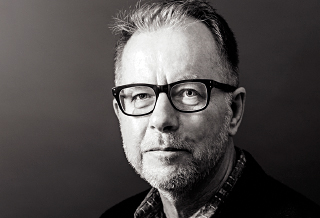 David is Chair of Screen Canberra and a Director of the Sydney Children’s Hospitals Foundation. He was previously Head of Screen Business at the Australian Film Television & Radio School, where he led the highly regarded Masters of Screen Arts & Business program. He has been involved in the financing of more than a dozen film and television productions including Baz Luhrmann’s Strictly Ballroom, Dean Cavell’s The Wiggles Movie and Andrew Horne’s The Animated Leunig. As author of Film Assistance: Future Options (Allen & Unwin, 1986), he was policy architect of the Film Finance Corporation established by the Australian Government in 1988. David holds a PhD from the Crawford School of Public Policy at the Australian National University. 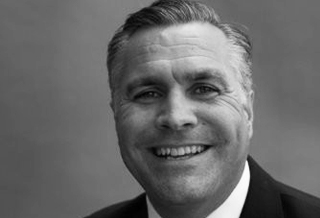 Andy has been at the forefront of commercial creativity with a 30-year track record in blue-chip advertising agencies from London to Melbourne and Sydney. In 2018 he stepped down as CEO of Clemenger BBDO and Director of Clemenger Group Limited (Australasia’s largest communications group) to join the Compton School. In over two decades as an Agency leader, he has pitched and won multiple national and international clients, and been a driving force in Australia’s most effective advertising industry body ADMA (the Association of Data-Driven Marketing and Advertising) as both Board Director and Chairman. 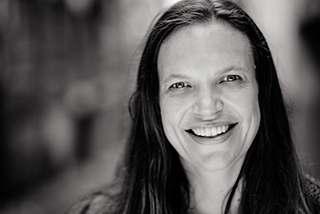 Abi is a producer at Midwinter Films, where she co-produced The Butterfly Tree, which premiered at the Melbourne International Film Festival in 2017. She produced Over and Out which won Best Short Form at Canneseries 2019. She was Associate Producer on H is for Happiness, which won Best Film at Cinefest Oz in 2019 and screened at Berlin International Film Festival. She previously worked as a producer at The Project Factory for clients including Channel 7, Sherlock: The Network, Home and Away and NITV. Abi’s career has spanned theatre and events as well as film and TV for clients including The Wolverine, I’m a Celebrity Get Me Outta Here, Handa Opera’s Carmen on Sydney Harbour, Where the Wild Things Are and Gods of Egypt. Abi holds a Masters in Screen Arts & Business from the Australian Film Television & Radio School.

One of Australia’s most highly respected television executives, Bob has held senior management positions with Network TEN and was appointed CEO of the Seven Network in 1987, a position he held until 1995. He then formed Screentime with Des Monaghan. The company is now a member of the Banijay Group with operations in Australia, New Zealand and Ireland. Credits include Wolf Creek (the TV series), Underbelly, Outback ER, Janet King and Stop Laughing This Is Serious. 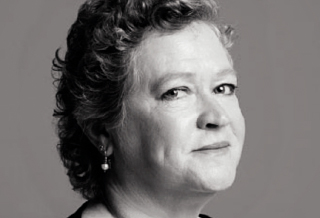 As Founder and Creative Technologist at The Project Factory, Jennifer worked on creative multiplatform projects as diverse as Sherlock: The Network, the official app for the hit BBC series, and How We Get To Next, a website funded by the Knight and Gates Foundations to foster innovation. She is a panel member of the NSW Innovation and Productivity Council and has presented a TEDx talk on curiosity. 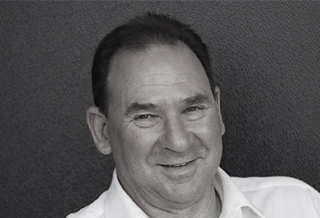 John Barnett is recognised as New Zealand’s leading TV and film producer. Over the past 40 years he has produced four of New Zealand’s top 10 grossing local feature films among them the internationally acclaimed Whale Rider. As CEO + co-owner of South Pacific Pictures Ltd, NZ’s biggest TV + Film company he initiated and oversaw production of 4000+ hours of TV drama for domestic and international audiences. In 2002, he was made the New Zealand Screen Production and Development Association/On Film Industry Champion of the Year; and was recently made a Companion of the New Zealand Order of Merit in the Queen’s 2020 New Zealand Honours list. He is engaged in commercial, charitable and community activities as a Board member of Auckland Health Foundation, Ngati Kuri Trust, NZ Film Heritage Trust, Vista Foundation and a number of other entities 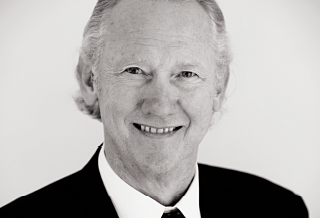 As Founding Partner of GRACosway, Mark offers more than 30 years’ experience in media, corporate and financial communications, media presentation and crisis management for both local and offshore clients. Mark advises on senior management team restructures as well as reputation and issues management for clients including Virgin Australia, Santos, Suncorp and DP World. Mark previously spent eight years in commercial radio and television, as well as three years with the ABC. 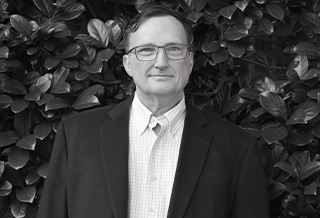 Charles work as an investor, director and advisor.  He focusses on companies where innovation is critical to success, particularly start-ups and turnaround situations. Previously, he was an executive with Accenture, Boral, Procter & Gamble and Cincinnati Bell. Charles holds a Mechanical Engineering degree from Melbourne University and an MBA from Harvard Business School. 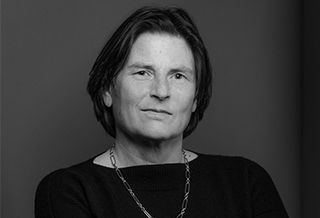 Sue is one of Australia’s most successful screen producers. Her latest feature, The Dressmaker (2015), grossed more than $20m and became one of Australia’s biggest box office smash hits. Other feature credits include Road to Nhill, Japanese Story, winner of 2003 AFI Award for Best Film, Dominick Dunne: After the Party and Hunt Angels, winner of the 2006 AFI Award for Best Feature Documentary Film. Sue is Adjunct Professor at RMIT’s School of Media & Communication and a recognised industry leader. Sue was the inaugural recipient of the Jill Robb Award for Outstanding Leadership, Achievement and Service to the Victorian Screen Industry and currently serves as President of the Natalie Miller Fellowship reflecting her ongoing commitment to gender diversity both on and off screen. 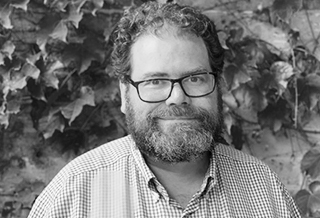 Piers Grove is an entrepreneur, producer and publisher. He is the co-founder and chair of EnergyLab and Boomerang Labs – two not-for-profit initiatives to accelerate the transition to a sustainable, zero-carbon economy; and a Logie-nominated TV producer, who works on documentaries and comedy projects and has produced over 80 hours of original content for ABC, Nine, Foxtel and SBS. Piers also publishes the deadly serious regional newspaper, The Betoota Advocate, and the youth news service, The Daily Aus. His other roles include Deputy Chair of the Australian Republic Movement, Chair of Gun Control Australia, Governor of WWF Australia and member of the Sydney Salon Advisory Board.

Monica Davidson is an award-winning expert on the creative industries, who began her professional life as a freelance journalist and filmmaker. After informally helping hundreds of creatives to develop their business skills, Monica consolidated her experience by completing a Masters degree in Screen Arts and Business at AFTRS. Shortly after she was appointed as Australia’s first Creative Industries Business Advisor by the NSW Department of Industry. In 2015 Monica founded the social enterprise Creative Plus Business, an organisation dedicated to educating creative people about small business skills. The team has now worked with over 6,000 practitioners and businesses to help them become more entrepreneurial. In 2019 Monica won the QUT Creative Enterprise Australia award for being a Creative Trailblazer that “advocates, mentors, donates, educates and advises within Australia’s creative economy”. 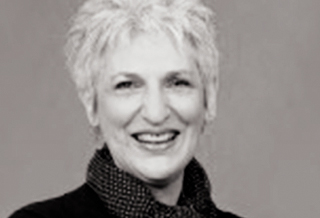 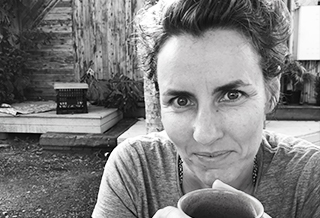 Kylee is an Australian digital content/TV producer and entrepreneur. Kylee’s extensive interactive work has received global recognition. Kylee has over 15 years of experience producing television including sports programs and documentaries around the world. Kylee has produced content for all free-to-air Australian broadcasters and her shows have been screened in over 100 countries. Kylee’s interactive projects have achieved outstanding international marketplace recognition including  XMedia Lab, iKids Awards, Sports Technology Awards (UK), Login Conference (USA), SXSW and Cannes. Her interactive designs have been used by some of the largest sporting and corporate brands in the world. In 2016 Kylee designed an investment platform that could be used to connect with any TV program or a digital channel. The platform ties her experience in long format production to creating revenue streams for broadcasters and entrepreneurs seeking investment. Kylee has held two Entrepreneur in Residence positions and designing and running pre accelerator programs and master classes. She is keen to build the capacity of entrepreneurs in regional Australia. In 2019 Kylee took up a position as Head of Content for Comcast’s Sports Technology accelerator based in Atlanta. She is producing content with the key partners including US Swimming, NASCAR, US Cycling, NBC Sports, Sky Sports, US Skiing and Snowboard and the Golf Channel. 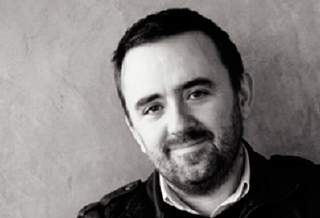 One of Australia’s leading filmmakers, Robert’s credits include the hit film Paper Planes with Sam Worthington, the International Emmy-nominated series The Slap, and Balibo starring Oscar Isaac and Anthony Lapaglia. Robert’s production company has produced some of Australia’s most successful feature films including Romulus, My Father with Eric Bana, The Boys with Toni Collette, and most recently The Turning with Cate Blanchett, Mia Wasikowska and Rose Byrne. 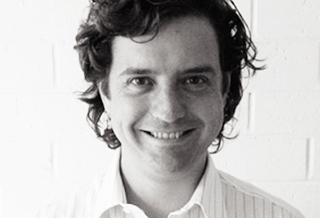 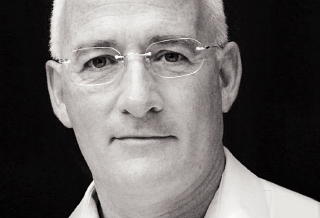 Chris is a registered psychologist with over 25 years’ experience of personal coaching, lecturing, public speaking, facilitating groups and training programs and consulting in a wide variety of organisations around the world. His doctoral research explored the nature and genesis of creative insight. He has worked with clients from television, advertising, the music industry, R&D, design, and architecture. 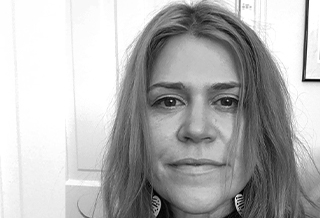 Kyls is an awarded screen composer, a screen writer and a series creator.  Her children’s series, The Humongous Fungus’, was picked up for development by the BBC.  Kyls is a past recipient of SPAA’s Ones to Watch.  She has lectured at Lismore University, AFTRS, the Sydney Conservatorium, and the Sydney Opera House. Kyls’ scores include ABC’s comedy ‘Sando’ and ‘Whitlam Power and the Passion’, as well as Channel 9s ‘Here come the Habibs’ ,  ‘Bad Mothers’, and Channel 10’s ‘Bondi Rescue.’ She has twice-won Australian Songwriter of the Year.  In 2019, Kyls was flown to LA on scholarship for APRA’s Screen Hubs where she wrote with Megan Washington. She has toured with The Beastie Boys, Primus, and Bob Dylan.  Her anthem for the 2007 Doha Games, sung by Aladdin star Lea Salonga, was broadcast to 80 million people.

Visit us on social media